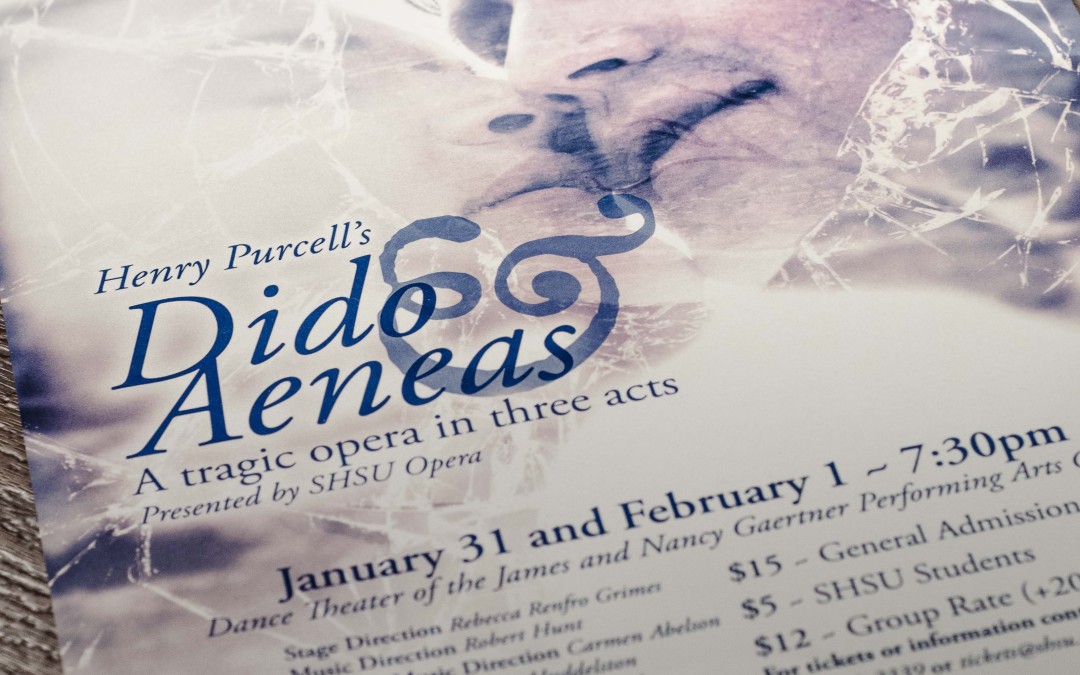 A Few Production Notes From a Designer

This spring I teamed up with an amazing team from the Performing Arts Center at Sam Houston State University to help design SHSU's Opera production of Henry Purcell's Dido and Aeneas. Our team consisted of: Director, Rebecca Renfro Grimes; Co-Lighting Designers, David J Deveau & Myself; Technical Director, Joseph Patrick; and Assistant Technical Director, Kyle Cameron. Our goal in this production was to bring a modern feel to this classic opera with the use of creative projections, and lighting design. 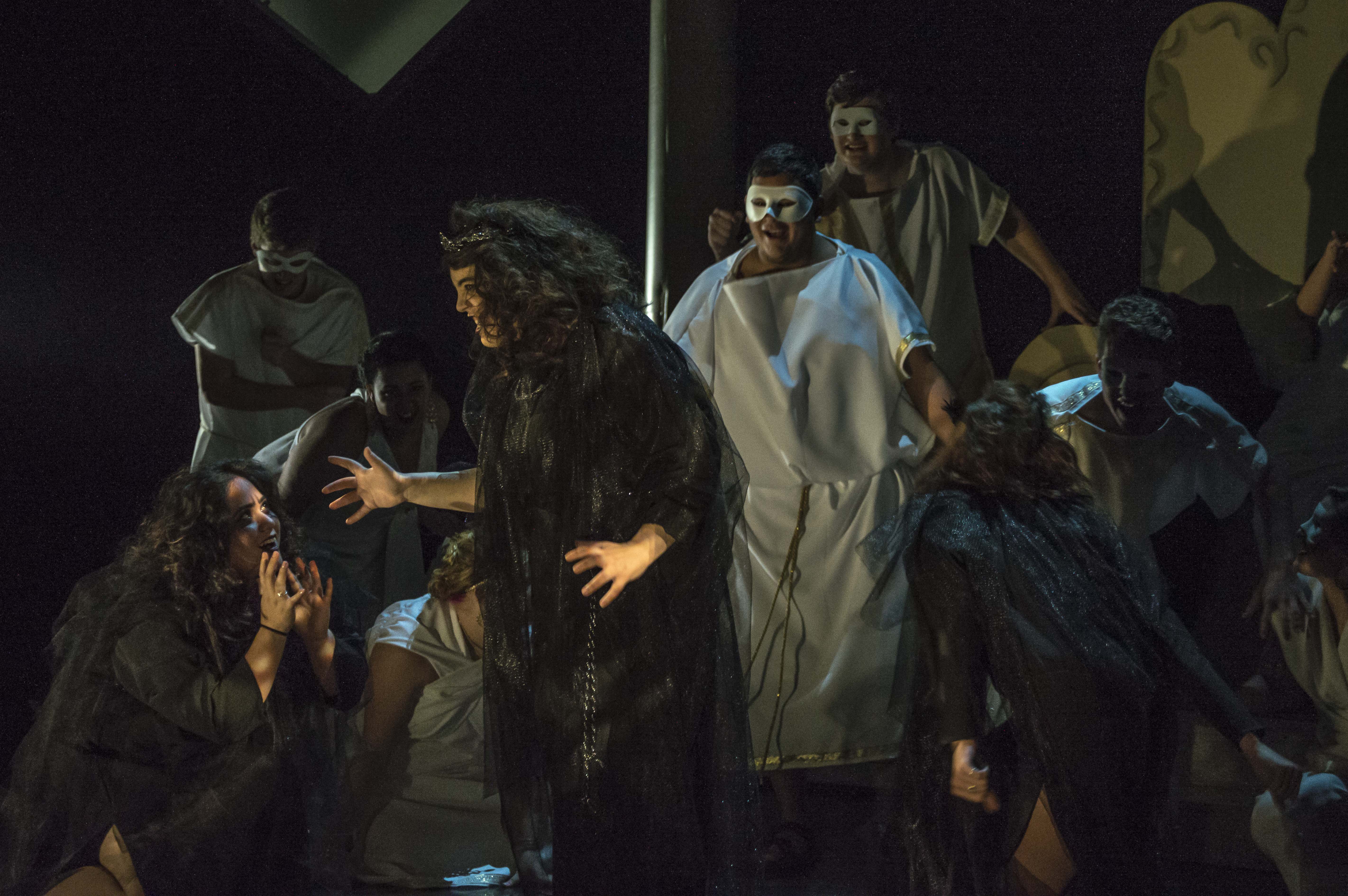 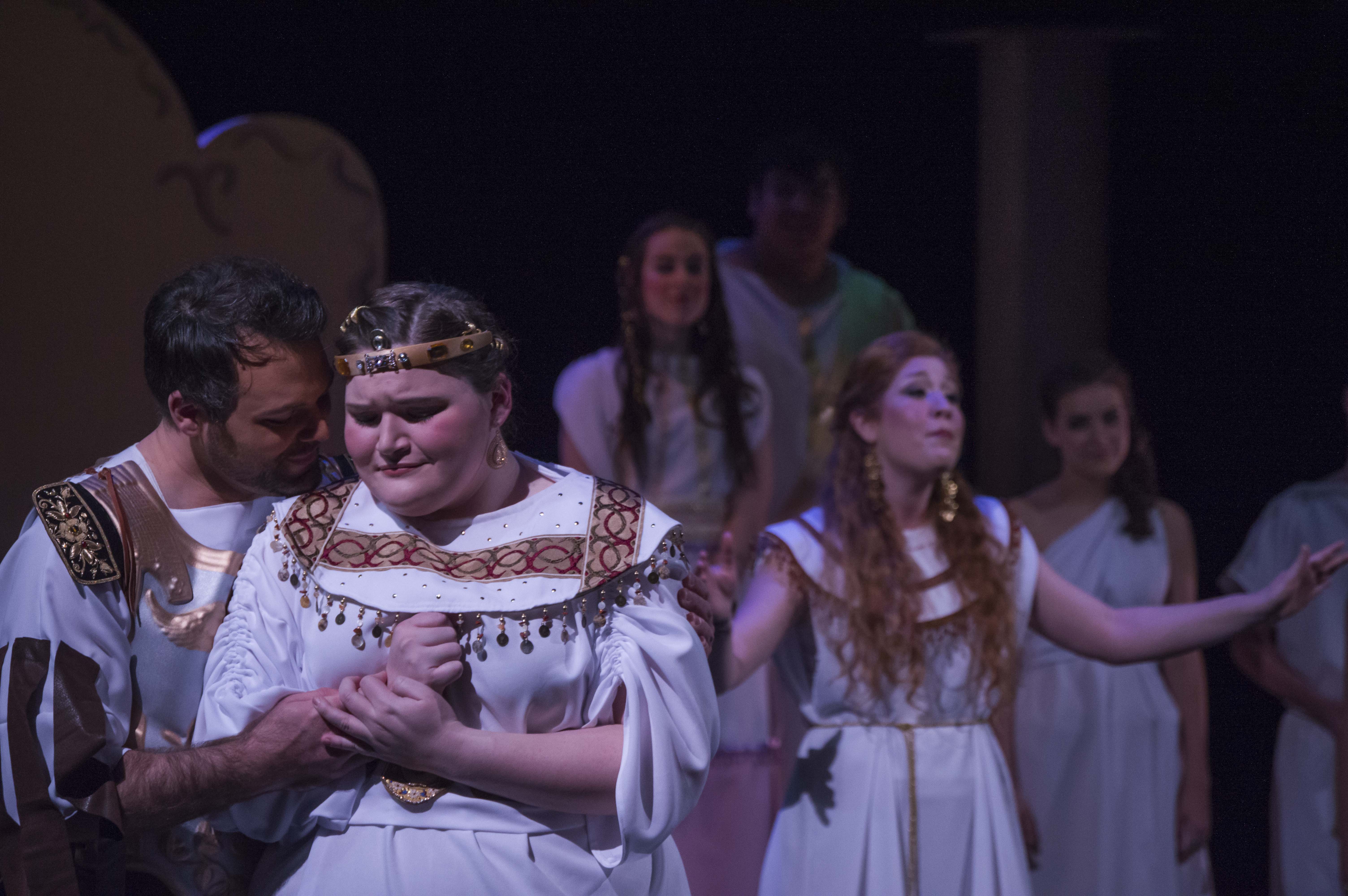 David and I firmly believe that a collaborative, and interactive, approach to design yields a stronger production.

We work best, "in the moment."

This is a huge, distinguishable difference from the way most traditional designers work. The traditional design process occurs mostly outside of rehearsals and design meetings with the director. The designer imagines and visualizes what they think will be effective, and brings a plot, color choices, and a cue sheet back to the rest of the creative team to help them articulate their vision. This can be a gamble, because the designer will never know (for certain) that what they have imagined will work, until just a few days before the show.

David and I insisted on developing our looks and cues while the cast was rehearsing each scene in the space, so that we could get an accurate feeling of what would work or not. This also gave us an interactive experience with Dr. Grimes, and the vocalists. We took their feedback and used it to mould our creative choices. We each took one act, set an initial look for each scene and then swapped, so we would have a truly cohesive, and collaborative design.

We were afforded the opportunity to work in the SHSU Dance Theatre, which has an excellent lighting inventory and rep plot. The ability to use 6 VariLite Movers, 2 SourceFour LED's, and an assortment of other traditional instruments, allowed us to come up with several unique looks for some of the more dramatic moments.

"This is an absolutely wonderful production with a terrific set, superb instrumental playing, beautiful singing, and skillful stage direction." 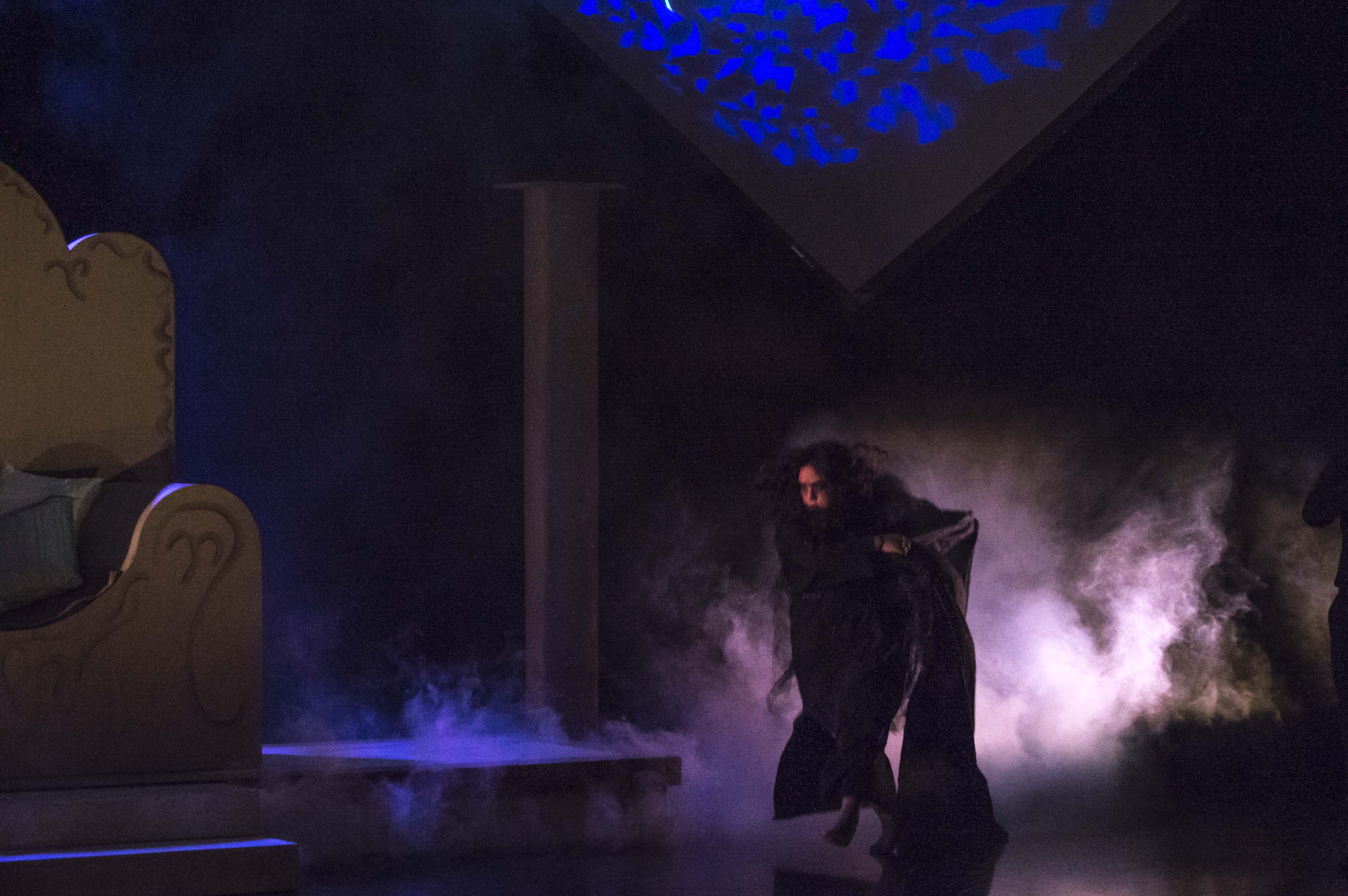 A few years back at the start of my many collaborations with Dr. Grimes and The SHSU Opera, we purchased three rear projection screens. Since then, we have put them to many good uses in our productions, creating digital backdrops, even weaving short film into the live drama. However, in this show we used them in a new and unique way.

We strive for "new," creative ideas.

The Dance Theatre is equipped with 5 automated battens which allowed us to rig and automate the screens & projectors during the show. The screens would raise and lower according to the setting of each scene. For example, while we were "inside the throne room" the screens were closer to the stage, creating a more intimate space. Alternately, when the scene was "outdoors," the screens elevated to create a open space, allowing for more movement.

For the most part, the projections were static and only referenced location, but during the prologue and final scene we were more experimental. One of the stories told during the prologue referenced culture and life in carthage, so we used abstract footage taken from Cannes, France as the backdrop. In the final scene, the sorceress ominously watches as the Queen of Carthage dies. We thought it would be interesting to have her image projected on our floating screens during this last scene, so I wrote an IsadoraCore patch that displayed a webcam on the screens with latin text saying, "Long live Carthage." This allowed the double casted sorceresses to approach a webcam backstage and be projected "ominously" overhead for the duration of this scene.

If you would like to read more about the award, and The Opera Program at SHSU, please follow this link. Click below for more pictures and project details on KinseyCreative's involvement with Dido & Aeneas: